HomeNewsIndustry-newsDevelopment and Application of Pump...

There have been various water-lifting devices in ancient times, such as the chain pump in Egypt (17th century BC), the orange tangerine in China (17th century BC), and the water chestnut (11th century BC). More famous is the screw rod invented by Archimedes in the third century BC, which can smoothly and continuously lift water to a few meters high, and its principle is still used by modern screw pumps.

Around 200 BC, the fire extinguishing pump invented by the ancient Greek craftsman Kotsibius was one of the most primitive piston pumps, and it has become the main component of a typical piston pump. .

From 1840 to 1850, Worcington in the United States invented a piston pump with a pump cylinder and a steam cylinder opposite each other, which directly acted on the piston pump, marking the formation of a modern piston pump. The 19th century was the climax of the development of piston pumps. At that time, it was used in various machines such as hydraulic presses. However, since the rapid increase in water demand, from the 1920s, low-speed piston pumps with limited flow rates were gradually replaced by high-speed centrifugal pumps and rotary pumps. However, in the field of high pressure and small flow, it is obvious that the pump still occupies a major share, especially the additional pump. Inserting the pump has unique advantages and its applications are increasing.

As early as 1588, there were records of four-vane sliding vane pumps, and various other rotary pumps have gradually appeared since then. But until the 19th century, rotary pumps were still in the early 20th century. People solved the problems of rotor lubrication and sealing, and adopted high-speed Motor-driven rotary pumps suitable for higher pressures, small and medium flows, and various viscous liquids have developed rapidly. . The types of rotary pumps and the types of liquids that can be transported are incomparable to other types of pumps.

The basic equation of the impeller-type hydraulic machine was proposed by Swiss mathematician Euler at 1754. Until the theoretical basis of centrifugal pump design, and until the end of 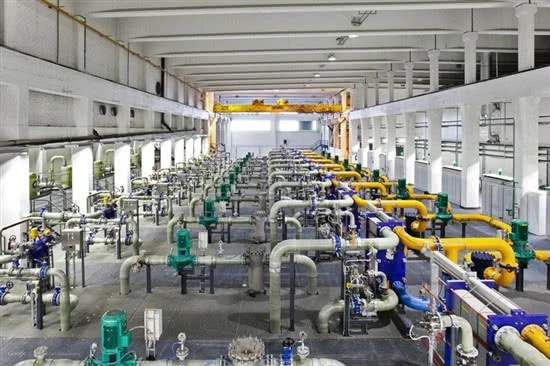 the 19th century, the invention of high-speed motors made the centrifugal pump an ideal power source. Based on the theoretical research and practice of many scholars such as Renault in Britain and Pfriedell in Germany, the efficiency of centrifugal pumps has been greatly improved, and its performance range and application fields have also been continuously expanded. It has become the most widely used in modern times. It’s the most productive pump.

The positive displacement pump is a compression working element that replaces or rotates in the pump cylinder, so that the working space is alternately enlarged and reduced to achieve the suction and replacement of liquid. Positive displacement pumps whose working elements make alternative movements are called replacement pumps, and those that make rotary movements are called rotary pumps. The former suction and discharge processes are alternately performed in the same pump cylinder and are switched and controlled by the suction valve and the discharge valve; otherwise, it is through the rotation of working elements such as gears, screws, vane rotors, or vanes to compress liquid from the suction side Transfer to the discharge side.

The flow rate of a positive displacement pump at a certain speed or replacement number is constant and hardly changes with the pressure; the flow and pressure of the alternating pump have pulsation, and corresponding pulsation reduction measures need to be taken; rotary pumps generally have no pulsation or only small pulsations ; With self-priming ability, the air can be sucked into the liquid during the descaling process after the pump is started; the shift valve must be fully opened when the pump is started; the alternating pump is suitable for high pressure and small flow; the rotary pump is suitable for small and medium flow total In general, positive displacement pumps are more efficient than powered pumps.

Powered pumps rely on the force of the rapidly rotating impeller on the liquid to transfer mechanical energy to the liquid, convert the kinetic energy and pressure energy to increase, and then transfer most of the kinetic energy to pressure energy through the pump cylinder to achieve transportation. It’s named impeller pump or vane pump. Centrifugal pumps are the most common powered pumps.

The limit price of the elevate generated by the facility pump to a particular extent, the elevate varies with the flow rate; stable work, continuous delivery, no pulsation in rate of flow and pressure; typically no self-priming ability, the pump must be stuffed with liquid or the pipeline is drawn out It will solely begin operating once being vacuumed; it's a good vary of applicable performance; it's appropriate for conveyance of title clean liquids with terribly tiny body. Specially designed pumps will convey mud, sewage, etc. or water-borne solids. High-powered pumps square measure chiefly used for water, drainage, irrigation, method liquid transportation, power storage in power plants, hydraulic system and ship reaction propulsion.

Other kinds of pumps square measure people who transfer energy in in a different way. for instance, a jet pump could be a continuous high-speed operating fluid that's injected into the pump, and therefore the 2 fluids square measure mixed for momentum exchange to transfer energy; the clap pump is generated once the flowing water is suddenly braked The energy of the water makes a part of the water pressure rise to a particular level; the magnetic force pump is to form the liquid metal that's energized underneath the action of magnetic force force to flow and notice the transportation; the gas ascending pump sends compressed gas or alternative propellent to the liquid through the passage the foremost severe place is to form it a lighter liquid gas-liquid mixed fluid, then pressure the mixed fluid up by the pressure of the liquid outside the pipe.

The pump's performance parameters chiefly embrace flow and head, yet as shaft power, conversion and necessary cavitation margin. Flow refers to the number of liquid output through the pump outlet per unit time, and customarily uses volume flow; elevate is that the energy increase per unit weight of the liquid from the pump recess to the outlet. For volumetrical pumps, the energy increase is principally mirrored within the increase in pressure energy; therefore it's sometimes expressed by pressure increase rather than head. The potency of the pump isn't associate degree freelance performance parameter. It may be obtained from alternative properties, like flow, head and shaft power. Conversely, the shaft power can even be obtained with famous flow, head and potency.

There is a particular dependent relationship between the varied performance parameters of the pump. you'll be able to check the pump, live and calculate the parameter values, and draw a curve to represent them. These curves square measure referred to as pump characteristic curves. every pump features a specific graphical record provided by the pump manufacturer. The suggested performance half is typically marked on the graphical record specific by the industrial plant, that is termed the operating vary of the pump.

The actual operational purpose of the pump is decided by the intersection of the curve of the pump and therefore the property curve of the pump. Once choosing and mistreatment the pump, the operating purpose of the pump ought to be inside the operating vary to confirm the economical and safe operation. Generally, the graphical record given by the pump manufacturer chiefly refers to the graphical record once conveyance of title cleans cold water. For the facility pump, the body of the liquid will increase, the top and potency decrease, and therefore the shaft power will increase. Therefore, within the business, generally the liquid with a high body is heated to cut back the body to boost the transmission potency. 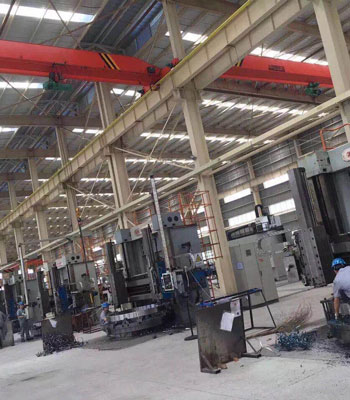